Son of Virginia: About the Author

More information on Son of Virginia, the autobiography by Former Virginia Governor, L. Douglas Wilder, can be found at www.sonofvirginia.com.

Mr. Wilder became the first African-American to be elected governor in the U.S., leading the Commonwealth of Virginia from 1990 to 1994. As the Commonwealth’s 66th governor, he was commended for his sound fiscal management and balancing the state budget during difficult economic times. Financial World magazine ranked Virginia as the best managed state in the U.S. for two consecutive years under his administration. Prior to his time as governor, he served as lieutenant governor from 1986 to 1990.

As a state senator representing Richmond from 1969 to 1985, Mr. Wilder became the first African-American state senator in Virginia since Reconstruction.

During his five terms as a state senator, he chaired committees on Transportation; Rehabilitation and Social Services; Privileges and Elections; the Virginia Advisory Legislative Council; and the Senate Steering Committee, which appoints committee members. He successfully sponsored Virginia’s first drug paraphernalia law and the compulsory school attendance law.

Other legislative achievements include providing state health care coverage for sickle-cell anemia patients, toughening penalties for capital murderers and prison escapees, and expanding low and moderate income housing. For eight years, he persisted in sponsoring legislation that eventually led to establishing a state holiday honoring Dr. Martin Luther King, Jr. making Virginia the first state in the nation to have a legislative holiday for Dr. King.

In addition, Mr. Wilder was principally involved in the appointment of the first African-American judges to serve on Virginia’s state and our federal courts. During his service to the Commonwealth, he was chiefly responsible for the drawing of a congressional district with a majority of African-American voters and he was able to convince the General Assembly to support his plan to create single member legislative house districts, which also increased the number of African-American house members.

Finding the fiscal problems and social injustice of this great nation intolerable, Wilder declared for the presidency on September 13, 1991. He strongly felt that a message of fiscal prudence, racial healing and caring for people had to be delivered to America. But, on January 8, 1992, citing his responsibilities as governor to be paramount, Wilder withdrew from the race to rededicate all of his attention and energies to the Commonwealth of Virginia.

He was appointed chairman of Governor Mark Warner’s Commission of Efficiency and Effectiveness in 2002 and also that year, he co-chaired the Wilder-Bliley Charter Commission that advocated the at-large election of mayor in the City of Richmond. Citizens overwhelmingly approved this measure by referendum in 2003.

Persuaded to run for mayor in 2004, Mr. Wilder received eighty percent of the vote and carried each of the City’s nine council districts and every precinct in the City. He was sworn in as Richmond’s first elected mayor in 2005 and served until 2009, making him the first African-American mayor elected by popular vote all from all of the citizens of Richmond.

Richmond became the first and only city in Virginia to adopt the “strong mayor” system, like the strong mayors of Chicago, New York and Houston, with powers that included submitting the annual budget, having line-item veto authority, and introducing tax rate proposals and other budget ordinances.

During Mr. Wilder’s term as mayor, Richmond made remarkable progress in its fight against crime, having its lowest rate in 27 years. Downtown economic development and neighborhood improvements were widespread, and financial management reached a new level of scrutiny that served the taxpayers well.

He also established the $300 million “City of the Future” program for building new schools and making improvement to neighborhoods, parks, libraries, streets and sidewalks—without requiring a single increase in taxes.

At present, Mr. Wilder is a Distinguished Professor at Virginia Commonwealth University’s L. Douglas Wilder School of Government and Public Affairs. He also is the driving force for establishing a National Slavery Museum.

Recipient of more than 36 honorary degrees, Mr. Wilder has received numerous awards that include the NAACP Spingarn Medal, the Anna Eleanor Roosevelt Medallion of Honor, the SCLC Drum Major for Justice Award, the B’Nai B’rith’s Great American Traditions Award, and the Thurgood Marshall Award of Excellence.

An attorney by profession, Mr. Wilder gained recognition as a leading criminal trial lawyer. He graduated from Howard University Law School in 1959 and later established the legal firm that became known a Wilder, Gregory & Associates, one of the few minority-owned businesses in Virginia at the time. Prior to earning his J.D. from Howard University, he graduated from Virginia Union University with a B.S. degree in Chemistry and worked in the Office of the Chief Medical Examiner as a toxicology technician.

Serving in the U.S. Army during the Korean War, he was awarded the Bronze Star for heroism in combat while rescuing wounded GI’s and capturing enemy troops.

Mr. Wilder is the father of three grown children; Lynn Diana, an artist; Lawrence Jr., an attorney; and Loren Wilder James, a market and finance analyst; and he has two grandsons Wilder Joseph James and Deane Edward James.

Born on January 17, 1931 in Richmond, Mr. Wilder was the grandson of slaves. He grew up in the Church Hill section of the City. His parents named him after abolitionist-orator Frederick Douglass and poet Paul Lawrence Dunbar.

Though he’s now an octogenarian, Mr. Wilder has not slowed a bit. He’s still a highly-involved and highly-dedicated citizen of the city that he has called home for most of his life, and one of its best and most outspoken ambassadors. 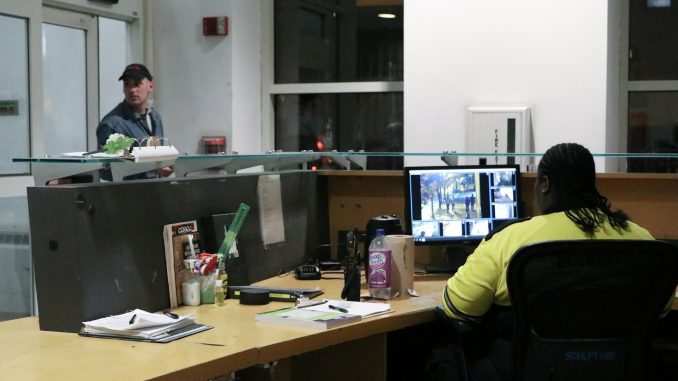 I recently spoke at the Ribbon Cutting for the L. Douglas Wilder… 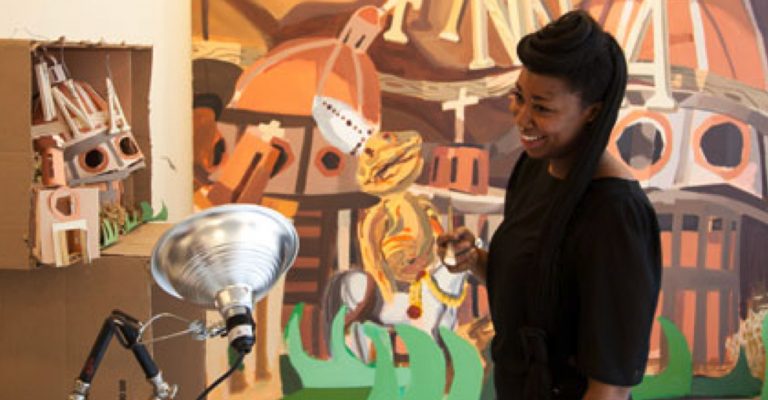